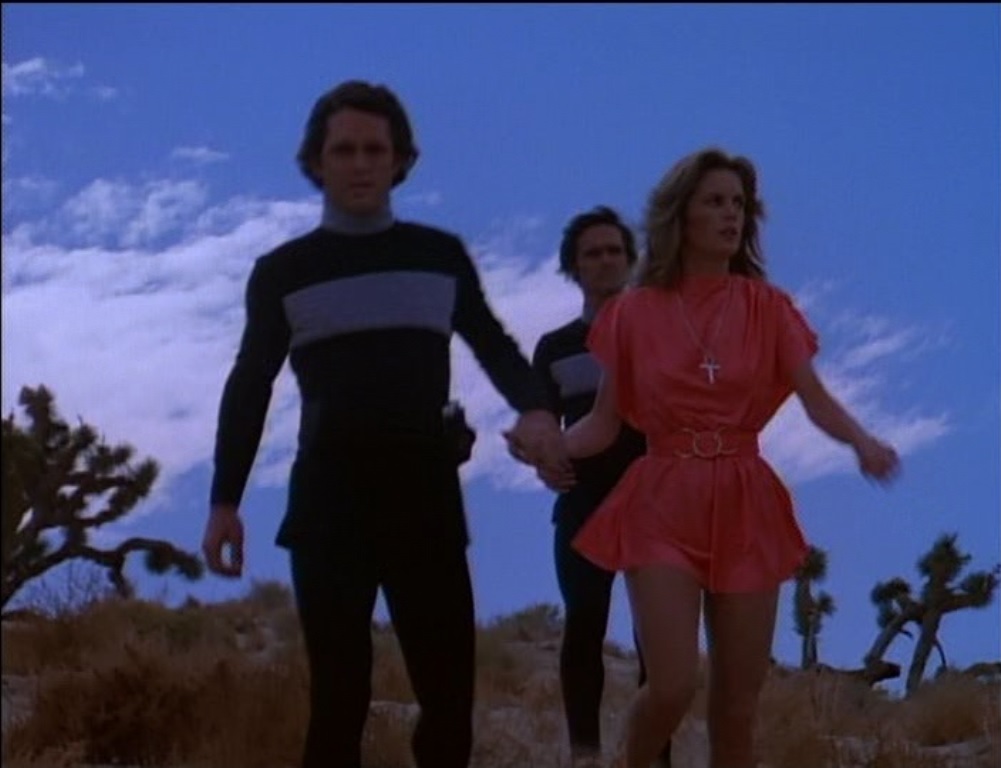 Our son enjoyed this much, much more than the previous episode of Logan’s Run. It’s got some good action scenes, including Francis having a desert canyon shootout with a pursuing posse, and later having a darn good swordfight with guest star Gerald McRaney. He was a few years away from his co-starring role in Simon & Simon. This was just one of more than a dozen times in the seventies where he played some villain’s main muscle.

This was, however, perhaps the only time in the seventies that McRaney played a baddie in quasi-middle Eastern garb. This society is interesting in that they’d met some runners from the City of Domes before. The runners stayed a couple of nights on their way to Sanctuary, and caused such a ruckus of wild, free ideas among these uptight turban-and-veil types that they closed their borders. The word Islam isn’t mentioned, but it’s pretty clear.