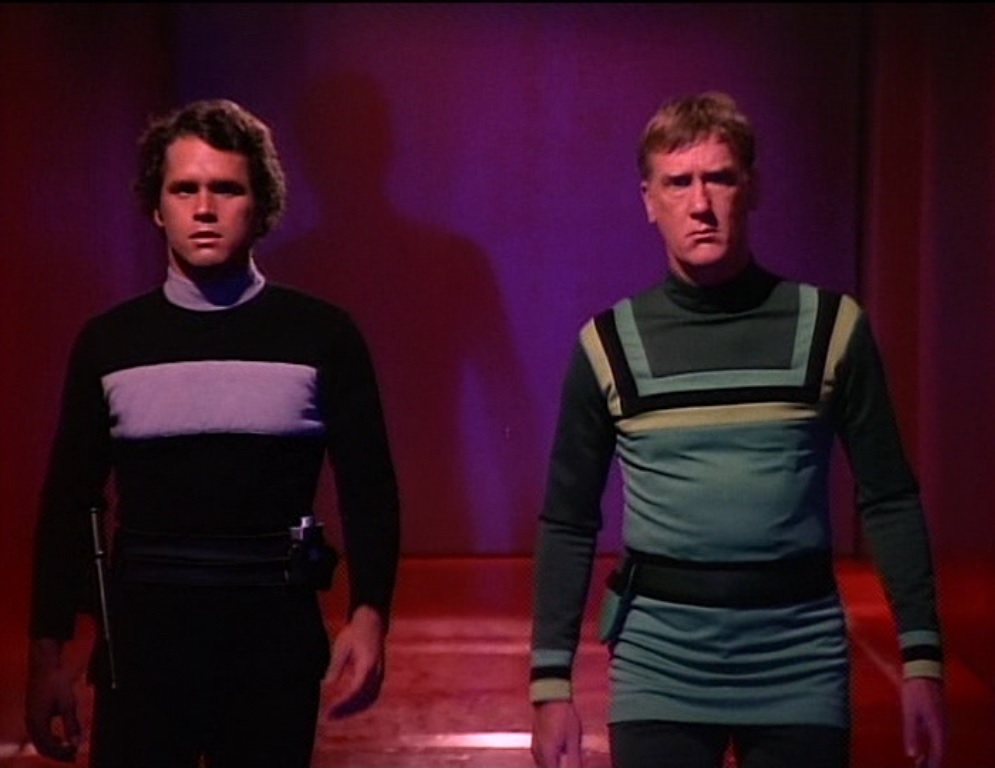 Most of these episodes have been a very pleasant surprise, with even the weaker episodes better than I’d figured they would be. “Fear Factor” is a pretty weak one, though. Jared Martin plays our heroes’ ally in a weird community where a so-called doctor is trying to neutralize all the compassion of the people in his clinic and turn everyone into perfectly reasonable worker drones who don’t question anything. Not a bad premise, I guess, but it isn’t explored or developed. He’s trying to build an army, but he doesn’t know who they’re meant to fight. The most memorable scenes are set in some underground red hallways where the doctor is testing Logan’s bravery, precisely the same sort of test that Lex Luthor tried on Superman in the 1978 movie.

Our son really enjoyed it, however. At one point, Rem and one of the doctors get into a mental tug-of-war while wearing sci-fi headbands and he was hopping in his seat while drumming his legs he was so excited. Nice to have one of us be so excited by the experience.

The episode was written by John Sherlock, which certainly sounds like a pseudonym, and this seems to be his only screen credit, he is probably better remembered for his novels, which include 1964’s The Ordeal of Major Grigsby and 1986’s Golden Mile. A 1997 report in The Irish Times suggests that he credited himself as a “creative consultant” on several other movies and TV shows even if the Writer’s Guild doesn’t seem to have done that.