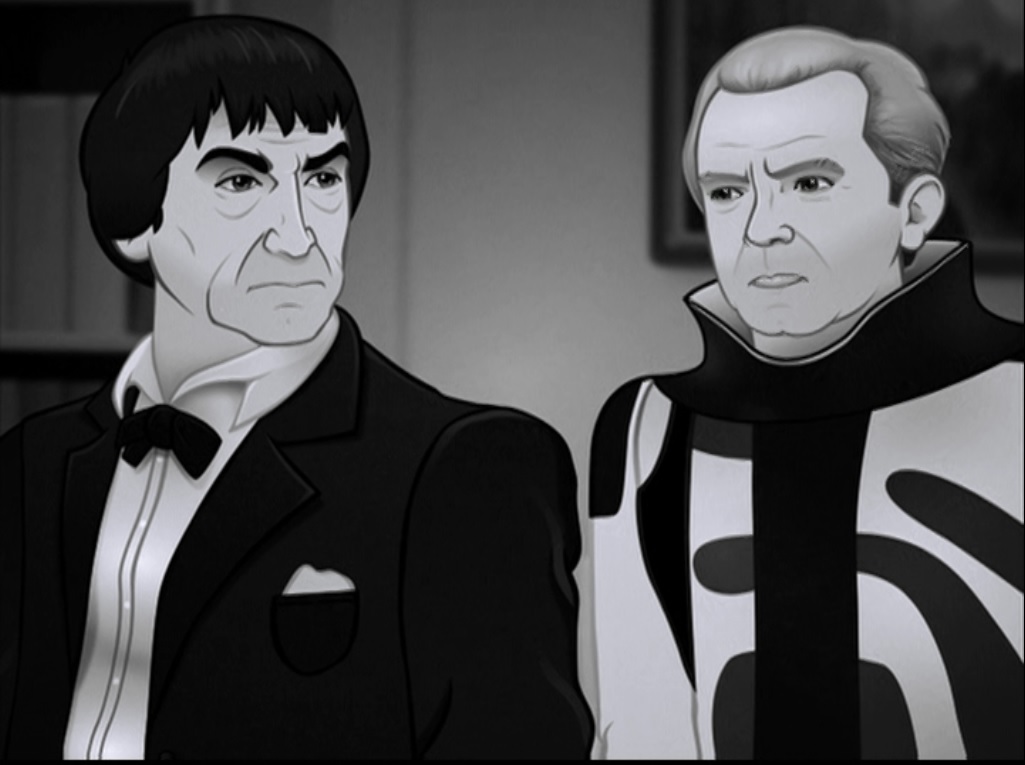 Tonight’s episode is the last animated one that we’ll be watching for some time. There are two more that we will watch a few months from now, but as much as I appreciate the hard work put into these – and I think Qurios did a terrific job – these simply don’t have the budget for all the body language that actors put into their roles, and it will be nice to step back into live action. Victoria is rapidly becoming a screaming mess, terrified by her horrible situation, and Deborah Watling’s cartoon doppelganger doesn’t have the same impact as the actress will have in the next part.

And that’s especially true since in almost every six part Doctor Who serial, there’s one episode that really marks time, and that’s the third part of this story. There are some important plot beats, but it really feels like very little actually happens. Unsurprisingly, our son was not inspired to share any of his thoughts about the show with us, beyond just saying that he liked it and the Ice Warriors are creepy. I hope he’ll be even more impressed when we see Bernard Bresslaw and Roger Jones in full costume tomorrow night.

The most notable thing is the underlining of the central conflict between Clent and Penley, the technocrat against the humanist. It’s all so dated, but I love this look back at what people were worried about and expressing in science fiction fifty years ago. Doctor Who is still doing stories where dangerous alien menaces are putting companions in danger and killing supporting characters – in fact, the Ice Warriors themselves were back in an episode just three years ago doing exactly that – but they don’t really address fear of computers much anymore. (Although, for a very good modern take on the subject, I’d recommend a 2014 novel by Dave Eggers called The Circle.)