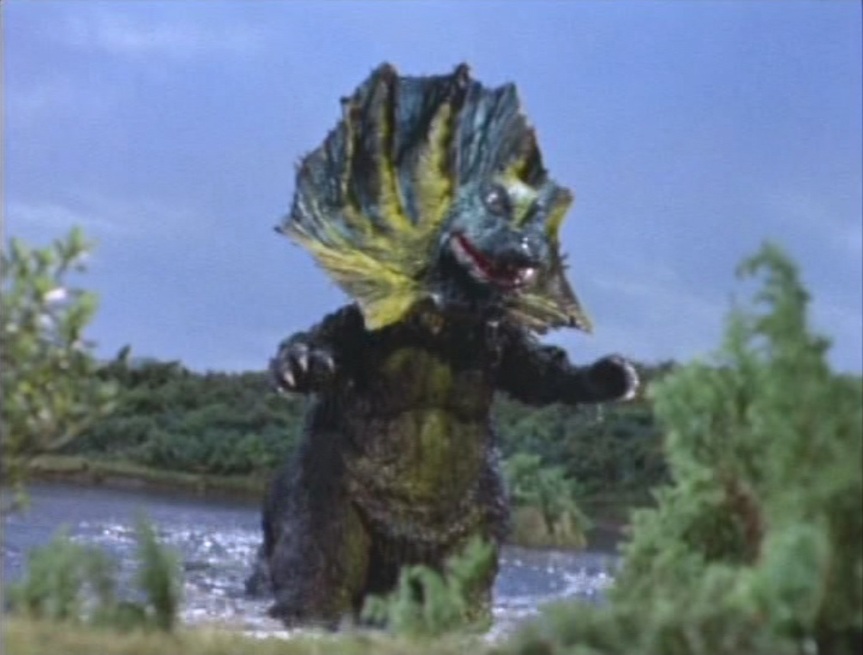 The monster Akilla (called Jirass in the original language) really is a triumph of penny-pinching, but everybody, including the audience, is in on the joke. They used Godzilla’s roar, and his radiation breath, and the same actor who wore that suit in the movies. Ultraman couldn’t actually fight the character of Godzilla, because a different company (Toho) owned the copyright, so a little yellow spray paint and a silly frill on the costume that Tsubaraya’s company built was the best way to amuse all the kids in the audience who had been arguing over the last two months about who would win such a brawl.