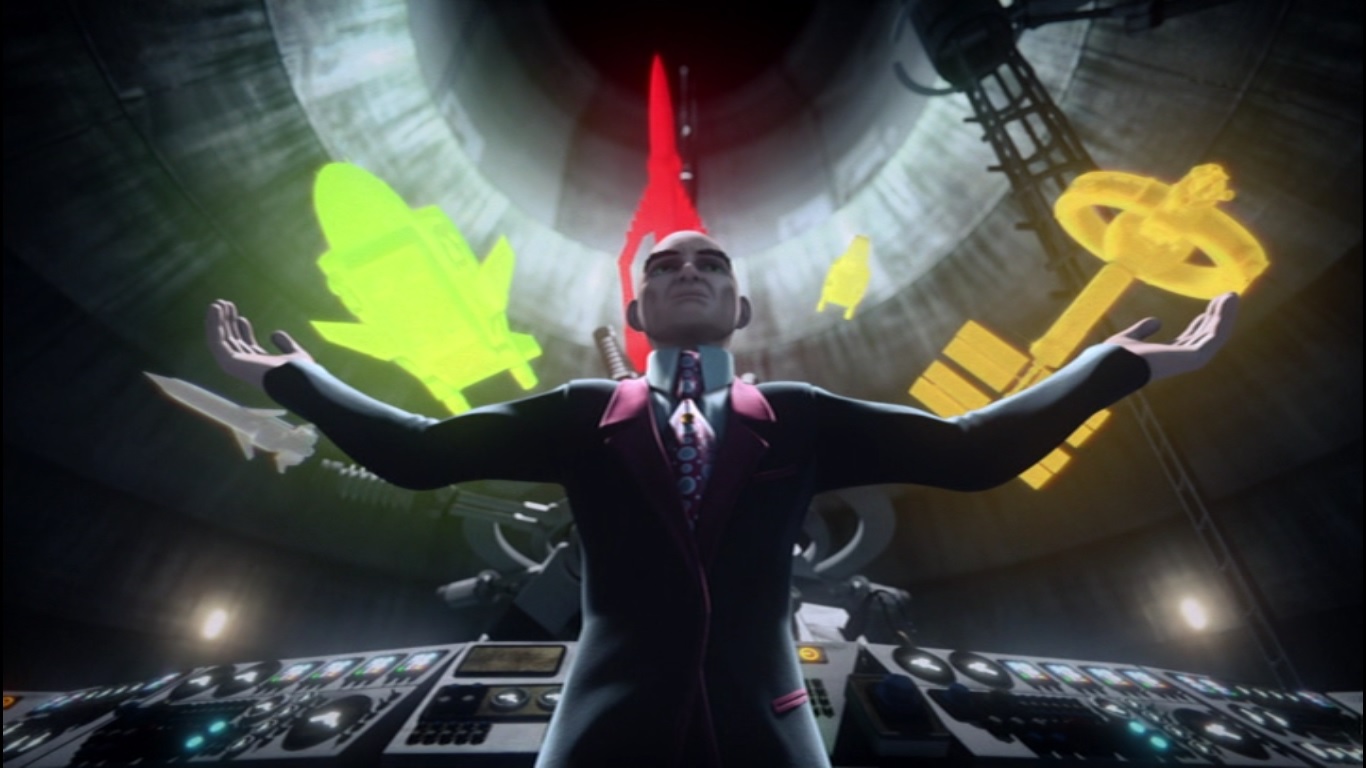 One thing’s definitely changed for the better in entertainment in the fifty years since Thunderbirds first took to the skies: series build toward big conclusions. Well, I say that, but when the show screws the landing – like Doctor Who does almost every stinking year – it really does make me want to smack my face into a wall, repeatedly.

Here? Not only did Rob Hoegee and the producers almost succeed in completely thrilling us across 26 half-hours, they wrapped it up wonderfully. This was a great, great episode that builds on all of the hidden secrets of Kayo and the Hood, and is built around, inevitably, the Hood’s invasion of Tracy Island. It ends with some questions being restated and others answered, and if Kayo spent much of episodes 1-23 being underused, they made up for it over the last three stories. This was terrific.

It was also one of the most exciting things our son has ever watched. He was a mess! When things looked really bad for the Tracys, he retreated with his security blanket behind the sofa, and the climax had him a babbling, gabbling explosion of jumping and half-dancing. This was a fine, fine little bit of television.

So that’s it for Thunderbirds are Go for now. The next batch of episodes – probably 13 – is believed to launching in the UK in the next month or so. We’ll definitely pick those up when they’re released on DVD and tell you all about them, probably in the winter. But these 13 are only the beginning; 52 have actually been ordered, bringing the total to at least 78 episodes. There’s a lot more action and excitement to come!