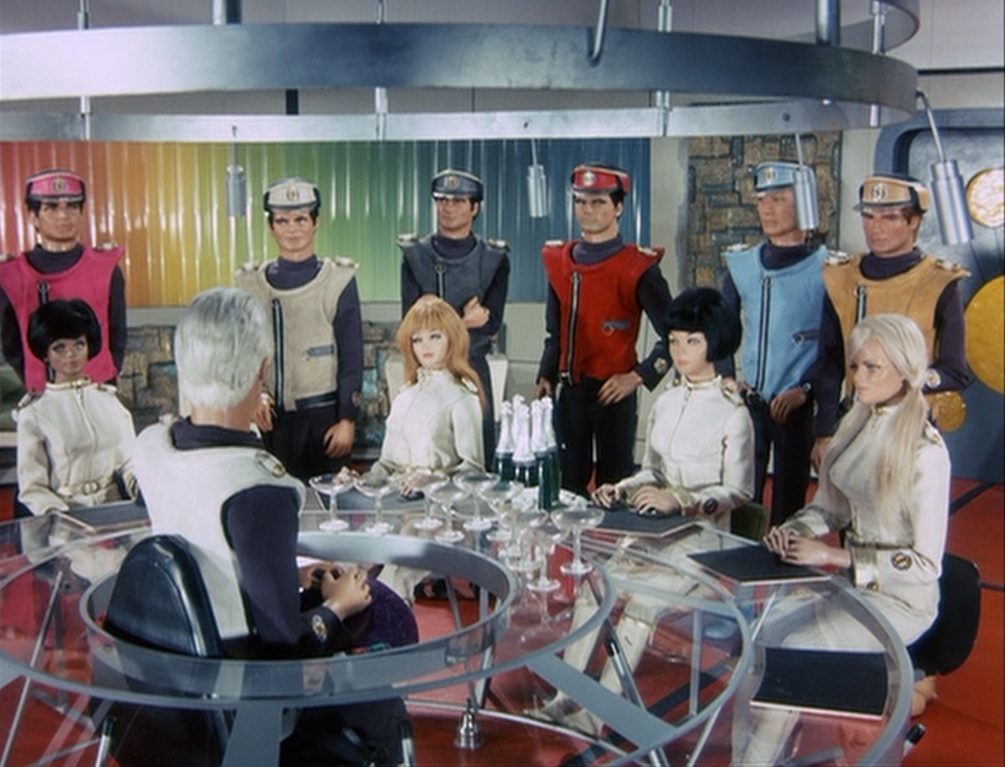 Well, Captain Scarlet had better be glad that he was a fictional character in a fun old kids’ show, because if this happened in the real world, at least half of Spectrum would be facing a court-martial. All the agents decide to have a secret champagne celebration to celebrate Spectrum’s first anniversary. Insanely, they try to do it on the sly – and, okay, Colonel White can be a complete killjoy, so you can see why they’d want to be sneaky – and they do it with a case of non-alcoholic champagne that an anonymous well-wisher sent to Cloudbase.

Wrap your brain around that one for a moment. I think the enclosed note said “DEER SPECKTRUMM, PLEASE ENJOY THIS TOTALLY SAFE CHAMPAINE. NOTHING BAD WILL EVER HAPPEN BECUZ YOU DARNK IT. LOVE, THE MYSTERONS. UMMM, I MEAN LOVE HOW YOU ARE FIGHTING THE MYSTERONS, YEAH, THAT’S THE TICKET.”

Whatever the Mysterons used to spike the champagne, it leaves three of the Angels flying around on a joyride, Lt. Green with his feet propped up on his desk, and Captains Blue and Ochre bombing the top-security World Navy Atlantica control tower into floating matchsticks. Colonel White calls it a “partial” victory for the Mysterons before showing everybody the procedure for hosting a proper, authorized champagne party. Partial, my butt. The bad guys made Spectrum look like a gaggle of drunks and cost millions in property damage and all they had to do was spike some grape juice. That’s a win in their column.