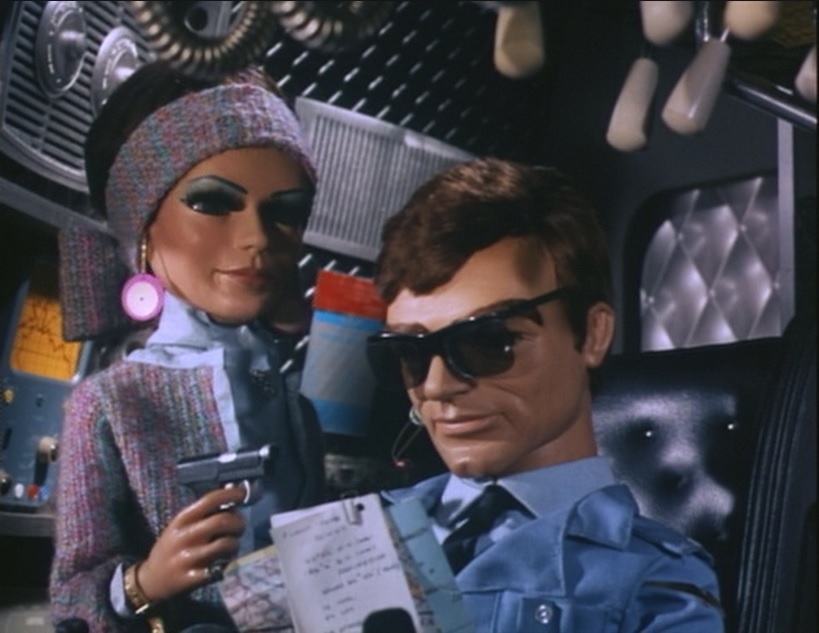 If you’ve just joined us, we watched Thunderbirds out of order via the old A&E collector sets, and so our final episode of the show came tonight after we already saw the rest of season two. It’s another Lady Penelope spy episode, with a ridiculous number of sets, no expense spared, set in three countries, culminating with a hijacking because some baddies want a miracle fabric that one of Penelope’s fashion world buddies has introduced. And he’s done it onboard an aircraft with a miracle safety feature that Brains, using the alias Hiram Hackenbacker, has developed.

Even for Thunderbirds, this is convoluted, but it’s really fun, and the incidents kept us guessing what would happen next and where this plot was going. It’s always entertaining to see the team tell stories with lots of characters in lots of places. It’s very light on the mayhem, but full of great camera tricks, incredibly detailed and intricate sets, and about a dozen costume changes for Penelope. It’s a nice one to bow out on.

From here, we’ll pick up with the final eight episodes of Captain Scarlet, and we look forward to receiving the three brand new episodes of Thunderbirds that Stephen La Rivière and his team have made. We hope to tell you all about those in a few months!